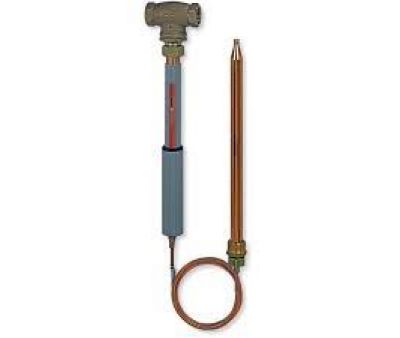 The self-acting temperature controller consists of a valve featuring a thermostat and a sensor. According to the service conditions the controller is optionally equipped with a cooling unit or a sensor pocket.
The temperature sensed by the sensor changes the volume of the measuring liquid in the capillary tube. The resulting pressure acts directly on the actuating piston which, in turn, operates the valve spindle. As the temperature rises, the regulating valve is held in closed positon (heating process) or open position (cooling process) until the pre-set release temperature is reached. When the temperature drops again, a builtin return spring resets the valve to original position. 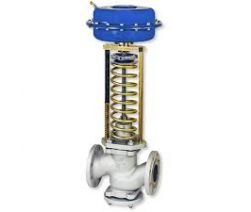 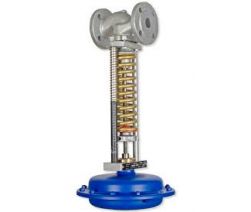